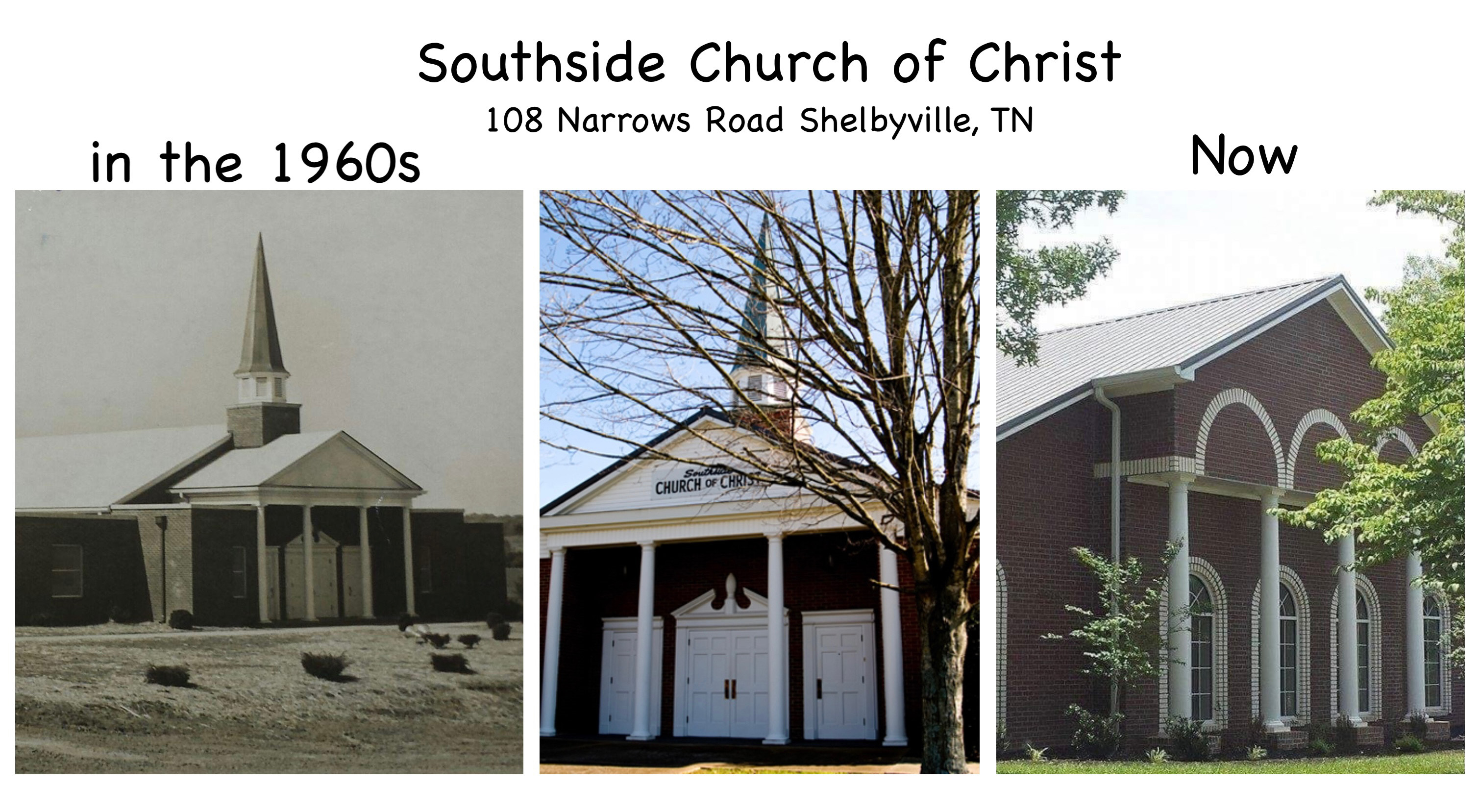 History of the Southside Congregation:

In 1968, the new annex was completed, providing eight new classrooms. Another very important step forward was the paving of the parking lot. J.T. West began work as the pulpit minister at Southside in September of 1969. He served until August of 1971. In September of 1971, Carson Burroughs began his work as the pulpit minister at Southside. He ended his work with Southside six years later in December of 1976. That same month, Fred Mosley (from Birmingham, AL) moved to Shelbyville to work with the congregation. Fred Mosley served till October 1982.

In February of 1983, Travis Conner started his ministry at Southside. Travis was with Southside for 5 or 6 years. He was followed by Gary Dodd who preached for about 9 months. Then on January 2, 1989, Jeff W. Smith preached his first sermon at Southside as the pulpit minister. In January of 1993, Jeff left Southside and took a break from preaching and went into the trucking business. John D. White became the preacher and after John, Phil Johnson was the preacher for a couple of months before Jeff W. Smith returned to the Southside congregation on July 23, 2000. Jeff served as the full-time preacher until his retirement on January 1, 2023. Click Here to watch Jeff's last sermon at Southside as the minister.

Since 2000 the congregation purchased the adjoining land and house creating a larger campus with one building dedicated as the “fellowship house”.  In 2014, Southside entered a three-phase building improvement project to better serve our growing family.  The annex was improved, the fellowship house remodeled to better fit our needs, and the auditorium was redecorated with new bathrooms, a larger foyer, and new seating.

The story of Southside is better seen through our people.  We desire only to be a group of Christians deeply planted in God’s word, loving each other, encouraging each other, welcoming all who come our way.  Our church family is balanced between old and young.  We currently have a full-time minister who proclaims the Gospel and encourages the fainthearted.  We have two youth directors and a deacon over the youth who oversees and promotes activities that grow faith in our young people.  The young find an atmosphere filled with Bible teaching and love, parents say it is a good place of Christian fellowship in which to raise children, seniors know they will not be forgotten as their active lives become less active.

To be in and around our assemblies is to witness the good spirit of the Southside church family. Visitors to our assemblies’ comment on this the most. It is not a depressing atmosphere of gloom and doom. It is a sometimes-noisy gathering with Christians and seekers greeting each other. There is joy at Southside. The joy that Christ has redeemed us through the Cross. The joy that we have the opportunity to encourage one another in the faith.

Our future is bright.  As a church family in a society that is becoming more and more godless, we realize the value of being a congregation where God’s word is taught and practiced.  A huge part of that practice is experiencing the joy of fellowship when we come together.  It is the intent of our four Elders and eight Deacons to always be a refuge for those wishing to serve in God’s kingdom, and grow their faith, and go to heaven when they die. 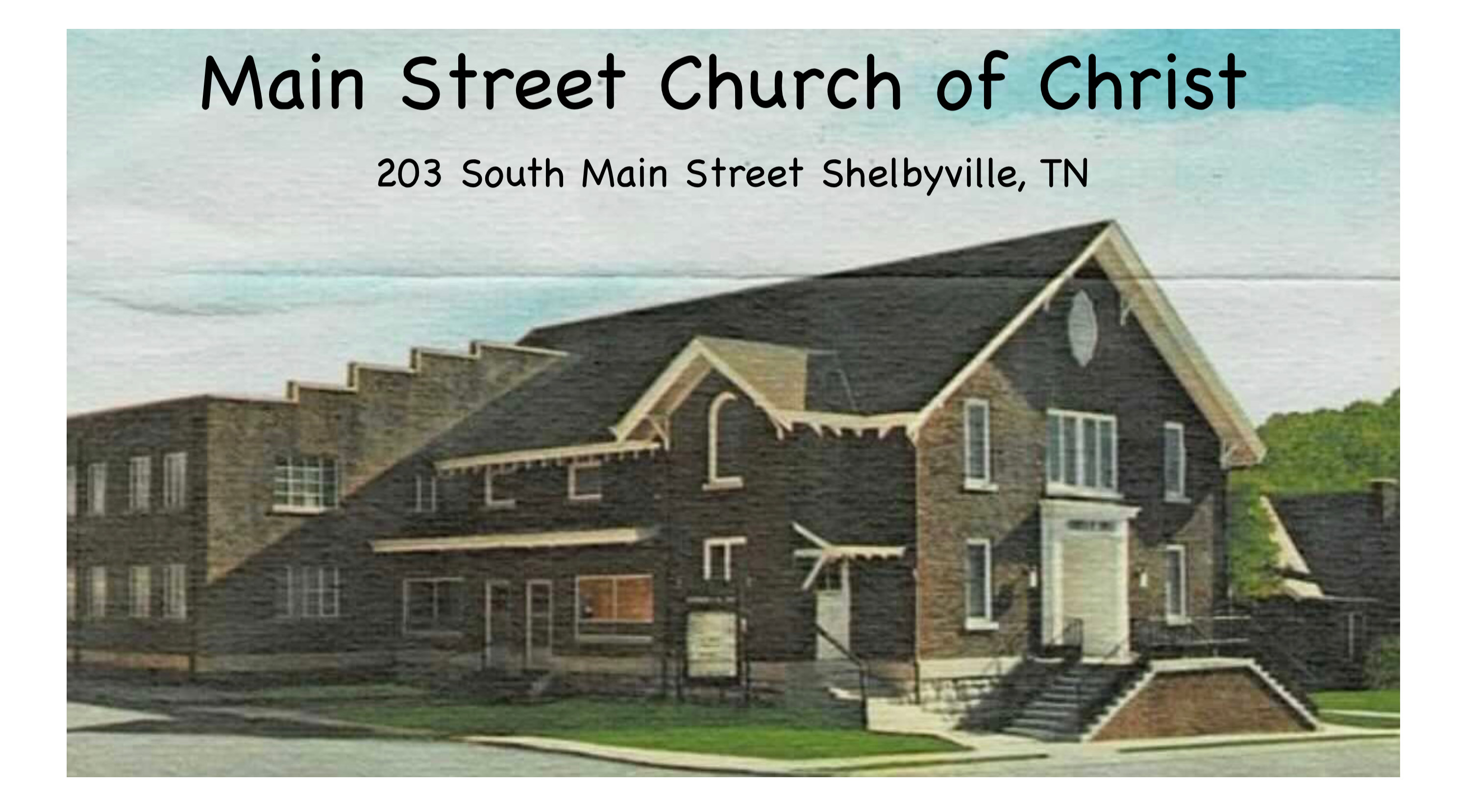